This site is in NO WAY affliated with DC Comics. This is a fan site.
Full Disclaimer

Please check out The Fire and Water Podcast #223 for my giddy reactions to the Aquaman movie. I get the first 53 minutes or so.

New FIRE & WATER! MORE ABOUT THE AQUAMAN MOVIE! Rob welcomes fellow Aqua Mega-Fan @realtegan to review the movie, then @ryandaly01 and his brother Neil stop by to discuss behind the scenes on the making of the film! https://t.co/vfZxeXTKDj pic.twitter.com/hYAJJd8pTH

Cold Opening for Next Aquaman movie

While recording a Fire and Water Podcast with Rob Kelly, he mentioned the Human Flying Fish, and I suggested a potential opening for the second movie...

Fellow Aqua Mega-Fan @realtegan and I just came up with the PERFECT cold open for AQUAMAN 2, and (no joke) it features this guy. @creepypuppet pic.twitter.com/f2WLKwTT0t

Introducing ‘Lost Relic’ - the first Animated Short in a 4-part series to celebrate Aquaman and the underwater world of Atlantis #Aquaman pic.twitter.com/9VVNfoBfWo

What relic will Aquaman and Mera discover? And can they keep it safe from Black Manta? Find out in Underwater Ambush (part 2 of 4) #Aquaman pic.twitter.com/ekfLEnDtue

Aquaman is trapped! Will Orm and Black Manta get the last laugh? Can Mera and Aquaman work together to defeat the sea monster? Find out in ‘Feeding Time’ - Part 3 of 4 pic.twitter.com/l0fxT5V8XM

Aquaman and Mera team up against Orm in the Final Showdown. From the ocean to the cliffs, this battle takes more than strength to win. Find out if Mera and Aquaman are victorious in this last episode (part 4 of 4). pic.twitter.com/6djkdWYH7J

And some other Funko stuff:

I saw it tonight via the Amazon Prime preview.

What ancient relic will Aquaman and Mera discover? And can they keep it safe from Black Manta? Find out in Underwater Ambush (part 2 of 4) #Aquaman pic.twitter.com/bTzyYH9bIF

How Do You Pluralize Octopus?

Merriam Webster tackles the difficult question with three possibilities. The result? All three are acceptable, but octopuses or octopi are most likely to be understood by modern audiences. I generally go with octopi, myself, though I've been known to slip up. 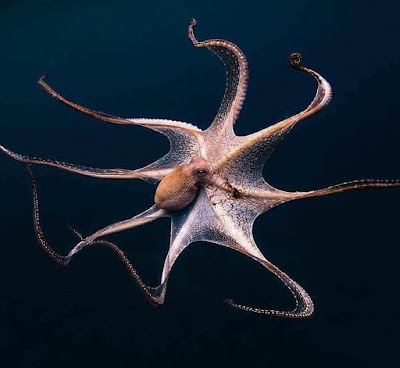 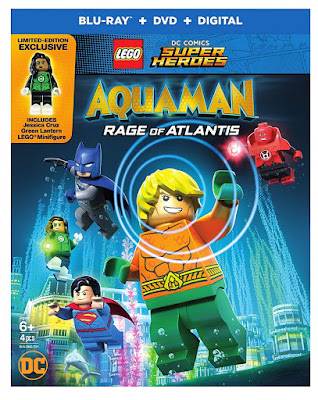 Ok, I confess. Despite being quite a LEGO fan, and a big fan of DC Comics, I kind of don't like the DC LEGO movies and games much.

I got turned off from the games early when I bought one that refused to play on my computer without completely resetting EVERYTHING on the computer (every screen resolution setting, every color setting, every keyboard setting). In short, it was poorly made and I never was able to get it to run, so I swore I'd never buy another LEGO game again. I still haven't.

That said, I enjoyed the original LEGO movie, but haven't sought out any LEGO movies since. I haven't seen the Batman LEGO or anything else. This is literally the second LEGO movie I've seen.

So, naturally, I was a little bit nervous about this.

I was right to worry. I cringed pretty much constantly through the entire first half of the movie. I mean, the jokes were BAD. The water divination scenes had me in physical pain. The whole initial fight with Lobo made me want to throw things at the television. The only comfort was that all the heroes were being treated poorly throughout, so while Aquaman was getting pounded (literally) by bad puns and worse, at least the others didn't look all that much more competent.

Halfway through the movie the redemption arc started, and while it wasn't worth enduring some of the previous indignities, it was enough to save the movie for me. Yeah, Aquaman is a silly character if you aren't looking at every aspect of his world, but he is powerful.

What I found more interesting is that this movie was not focused on Aquaman. It was a split narrative between Aquaman's arc and Jessica Cruz. She, arguably, got the better of the deal, since she started out as a new-ish hero with massive uncertainties while Aquaman was supposedly an established king and hero. Cruz got a lot of screen time with some great examinations of her as a hero. It's a pity her entire back-story couldn't be told, because it's frankly the single most interesting back-story of a Green Lantern I've ever read (short version: Cruz witnessed friends being murdered, became a recluse due to severe anxiety, was sought out by the Earth-3 Power Ring, eventually earned an actual GL ring, then shared the GL duties of Earth's sector with Simon Baz).

Another notable character in the movie was Lobo, the Main Man himself. His arc tied into all the others in a cutesy way that I felt worked pretty well. I loved hearing his theme song. Except for the initial fight with Aquaman, I liked his appearances.

Then, of course, we have Mera. She was lovely in this, and showed again just how kick-butt Aquaman's queen truly is. I would lay my bets on her to win any fight against any of the characters introduced in the movie, and was only disappointed that she didn't get a chance to kick a certain someone's Puddle Prince butt.

So, overall, I give this a four out of five starfish rating. Not perfect, but pretty fun as long as you aren't going in expecting high art.
Posted by Tegan at 8:07 PM 0 comments

Introducing ‘Lost Relic’ - the first Animated Short in a 4-part series to celebrate Aquaman and the underwater world of Atlantis #Aquaman pic.twitter.com/rD22OA4LMO

The Trailer is Here

All content of this weblog and website is Copyright © 1996-2016 by Laura Gjovaag, unless otherwise indicated. All quotes are © the original source. Please see the full disclaimer for more information.
Aquaman is a trademark of DC Comics.
This site is in NO WAY affliated with DC Comics.